Monday the Veterans had 30 players play a 2 Ball Ambrose competition.  The winners were as G Hunt & D Mortimer with 65½, runners up were D Beazley & T Russell with 67 net.  The ball run down went to S Bailey & K Sawtell and R Rodgers & J Gurney 67½, G Philp & D Forsyth 69¾, S Dennis & N Halls 71¼, followed by R Lawrie & W Hill and A & B Brown 71¾.  Pin shots were received by M Gray, R Humphrey & C Petroholis for the men while A Brown recieved the ladies.  The Encouragement Award was received by W Delaney & B Murphy while the members draw jackpotted.  Next week the Veterans will be playing The Beaudesert Scenic Rim Day.

Wednesday the ladies played a 2 ball Ambrose competiton, sponsored by J Edwards.  The winners were S Reid & T Reid Pocock with 72½, runners up were L Edwards & A Brown with 73 net. The pin shots were received by L Edwards & K Cook. The Accurate Drive winner was L Reinholdsson.  This week will be a bogey competition sponsored by C Wieland.  Next week will be sponsored by The Vault.

This week the Sporters were sponsored by R Scells for the Kalbar & District Community Bank playing a single stableford 1-9 + 10, 14 & 15 competition.   The winner was D Beazley ocb from runner up G Parker with 27 pts.  The ball run down went to D Forsyth & W Wieland with 26 pts, followed by A Lutter, G Hunt & T Russell with 24 pts.   Pin shots were received by B Beasley on 4, D Beazley received 8 while D Forsyth received 9.  The Dugandan Dice winner was G Searle in a toss off.  This week will be sponsored by D Rhodes from Scenic Rim Pest Management playing a single stroke 10-18 + 1, 5 & 6 competition.  Next week will be sponsored by The Ward Family (Phil & Kevin) playing a stableford 1-9 + 10, 14 & 15 competition.

Saturday we played a single stableford/monthly mug competition sponsored by the Patrons.  The winner & Monthly Mug winner was S Francis with 40 pts, runner up was T Richardson ocb from R Higgs with 37 pts.  The Ladies winner was A Leary.   The run down continued with J Miles, B Frieberg, T Roebig & A Lutter with 36 pts, W Gnech, L Edwards, P McNiven & K Turner 35 pts, followed by W Maudsley, C Bell, G Parker & D Mortimer 34 pts and S Lutter 33 pts.  Pin Shots were received by G Parker & A Brown  on 4/13, B Freiberg & K Turner received 8/17 while P McNiven received 9/18.  The Accurate Drive was won by R Humphrey.  This week will be a 4BBB stableford competition sponsored by G J Walsh & Co.   Next week will be s single stroke/monthly medal competition sponsored by J Gillett, M O’Reilly & D Forsyth.  This will be the next round of the Bi Rite Challenge.   The Mens & Ladies Foursomes will be held on Sunday 3rd July.

Sunday we have a Social Club using some the buggies.  Social play will be available.  There maybe a couple of buggies available but Please ring the club to make a booking or for any further details. 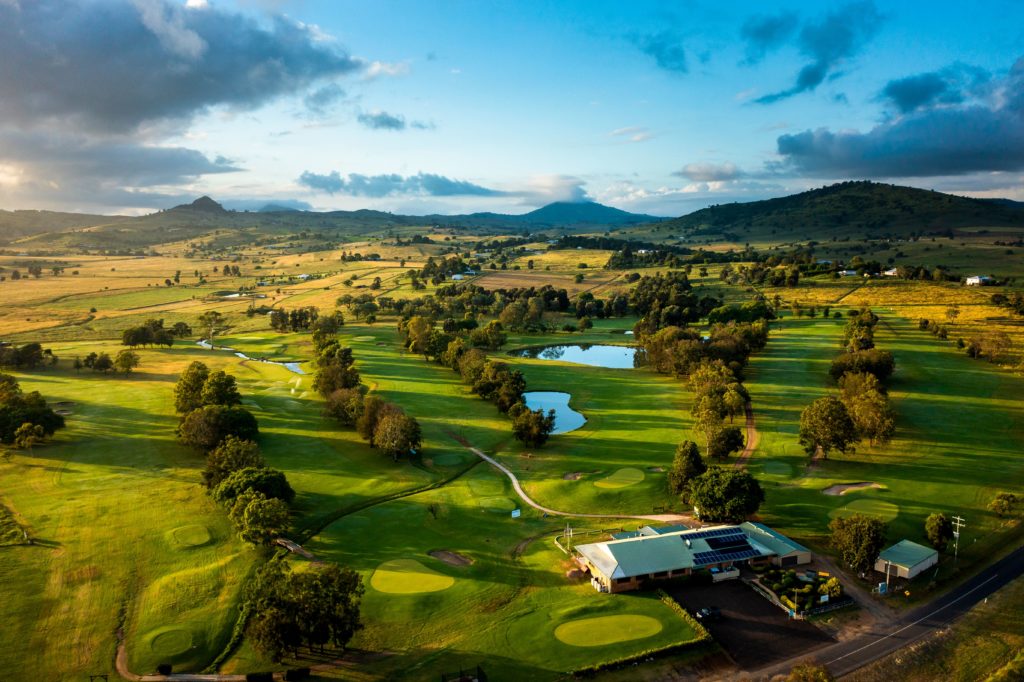 All Money To Be Returned